​Organized 1934
Federated 1935
71 members as of September 2022
​New Members and Guests Are Always Welcome!
Statement of Purpose
The purpose of the Port Angeles Garden Club is to support ﻿﻿the mission of the National Garden Clubs Inc and the Washington State Federation of Garden Clubs with our various community programs. Our aim is to promote gardening through the study of horticulture as well as landscape and floral design. As gardeners, it is necessary for us to educate ourselves about conserving our environment and share it with others. We do this to make ﻿﻿the city of ​Port Angeles a better place to live and preserve the beauty of the world around us.

I pledge to protect and conserve the natural resources of the planet earth
and promise to promote education so, we may become caretakers of our
air, water, forest, land and wildlife. 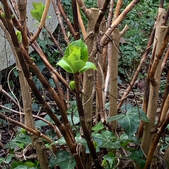 
​ The Port Angeles Garden Club traces its beginnings from 1934 and the efforts of Jessie Webster. Jessie, who was very involved in her family's newspapers, the Olympic Leader and the Port Angeles Evening News, played a very active role in community affairs. She was active in all areas of the community working on such things as home fire prevention and the Ladies’ Auxiliary of the Commerce Club of Port Angeles. Through her diligent efforts she was instrumental in getting the city of Port Angeles to build a public library and set up a city park system.

When the Ladies’ Auxiliary of the Commercial Club of Port Angeles dissolved it was Jessie Webster who organized the transfer of the Auxiliary’s funds to form the seed money for the Port Angeles Garden Club. The club carried on the Auxiliary's work of city beautification with its first big project, planting Hawthorn trees along a part of First Street.

Although never officially named as the Port Angeles Garden Club’s first president, it is certain that Jessie was the “mother” of our organization. As an interesting and important person in Port Angeles, after a trip to Victoria, BC in 1935, Jessie Webster met and brought back “greetings” to our club from Jennie Butchart, who had started the Butchart Gardens in 1904.

We all have a lot to learn.
Facebook
Click here to link to our Facebook page.
Amazon Partner
Click here for all your Amazon shopping needs and they will give back a penny on a dollar to PAGC.
AFFILIATIONS
National Garden Clubs
PACIFIC REGION GARDEN CLUB INC
District Quarterly Gazette
National Gardener
NGC Publication order form
OLYMPIC PENINSULA DISTRICT
WFSFGC publication